Struggling with coming to grips with his fathers death, Musa turns to some ill-advised characters for prescription pills to help. Known as a good man in the community, Musa is entrusted by his neighbours to look after their sister while they’re away. When Musa’s health continues to deteriorate, things quick begin to spiral out of control and Musa makes a mistake that he can’t take back – not even in his dreams.

likeMEDIA.tv are hosting the UK premiere of Boonaa Mohammed’s latest feature length movie, Righteous Sinner. We are bringing the movie to London and Manchester for two days in April where you get to watch a live screening of the movie along with participating with a post film discussion with Boonaa Mohammad as well.

This is a unique film that deals with a number of issues from mental health to temptation to shame and more. Not only is this a great media production made by one of the Muslim community’s most creative artists, but it’s also a chance to discuss and explore issues that are sometimes swept under the carpet.

Tickets for the event are £6 each. All events are scheduled to start at 1pm with doors opening at 12.30pm. 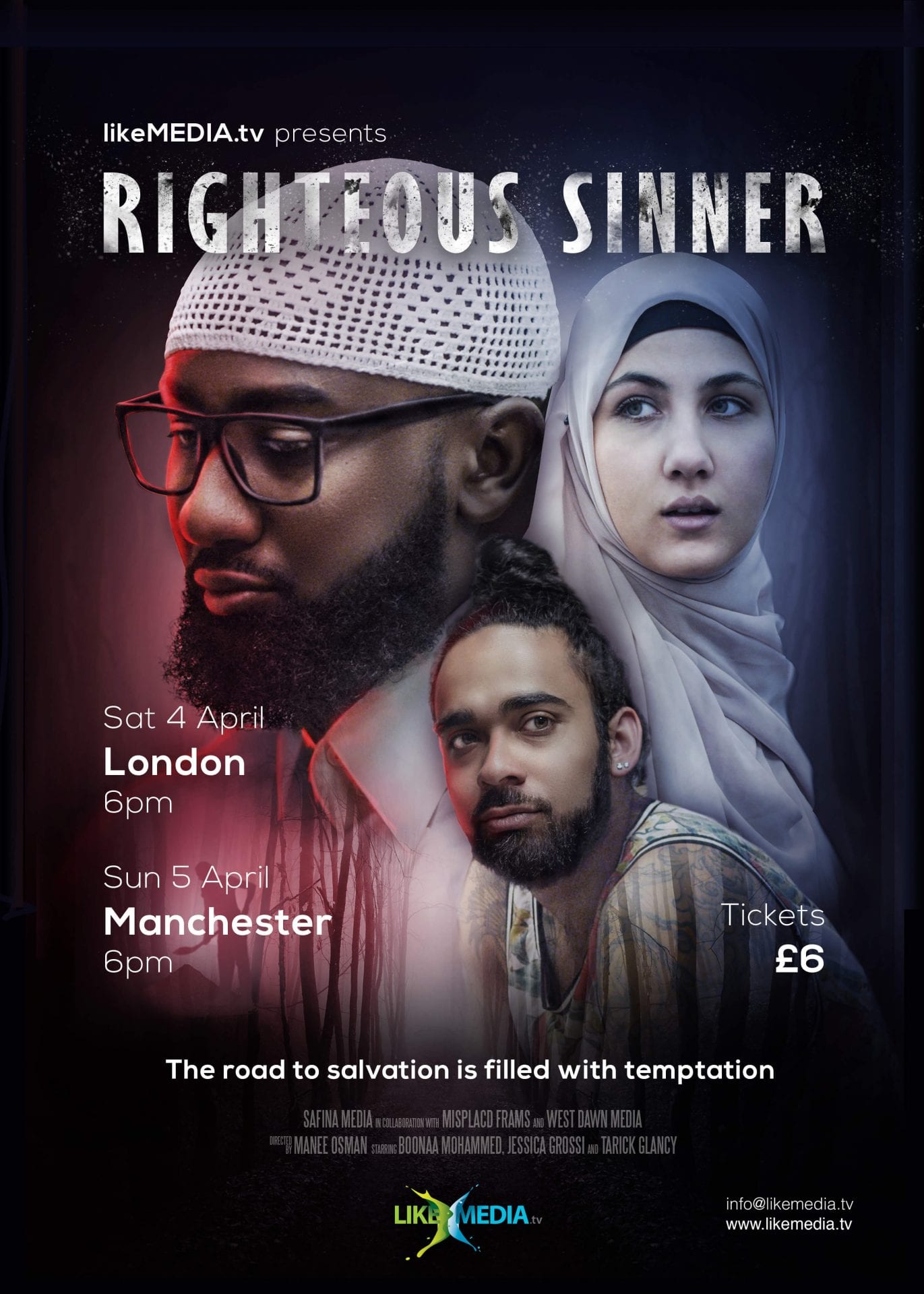