WHAT HAVE WE GAINED
FROM GUANTANAMO BAY?

Guantanamo Bay is the world’s most notorious prison. Opened 10 years ago following the conflict in Afghanistan, it was intended to house captives suspected of belonging to al-Qaeda and it has held captives from all around the world – including people from the UK. And despite Barrack Obama ordering Guantanamo’s closure in 2009, it still remains open and houses suspects without charge.

likeMEDIA.tv have invited two speakers connected to Guantanamo Bay, James Yee (former Muslim chaplain at Guantanamo) and Moazzam Begg (held in extrajudicial detention for almost two years in Guantanamo) to address the question – “What Have We Gained from Guantanamo Bay?”. The event is designed as a discussion event where the speakers present their views on a particular subject and answer questions posed to them by the audience. 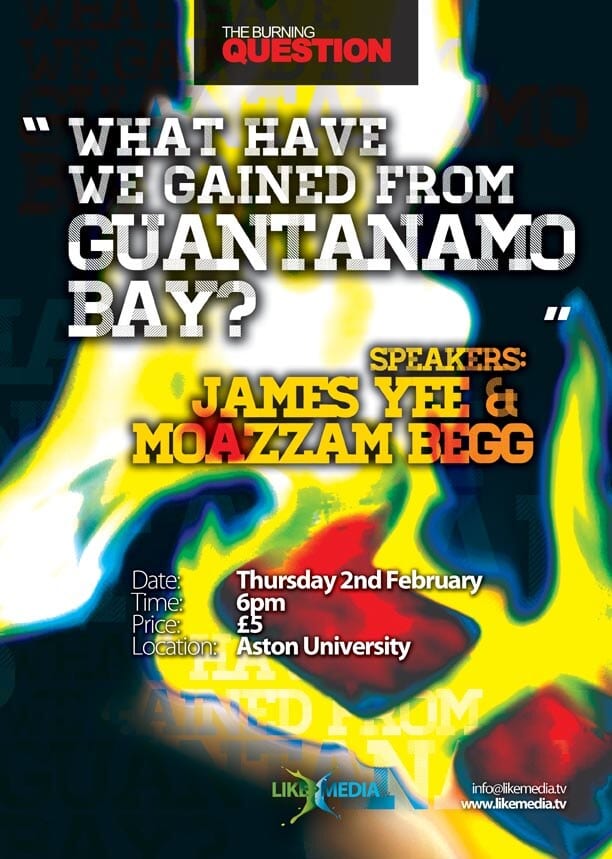