Described as ‘Americaʼs Funniest Muslim’ by CNN, Azhar Usman is among the ‘500 Most Influential Muslims in the World’, according to Georgetown University. He has been profiled by over 100 major media outlets, including The New York Times, The Guardian, Sydney Morning Herald, The Times of India and The Economist. In 2005, ABC’s Nightline dedicated an entire episode to exploring his life and comedy career.

A former attorney, Azhar is a Chicago-based, professional standup comedian, performing at comedy clubs, theatres, festivals, campuses, conferences, conventions, and private events all over the globe. Over the past decade, he has performed in over twenty countries, on five continents. 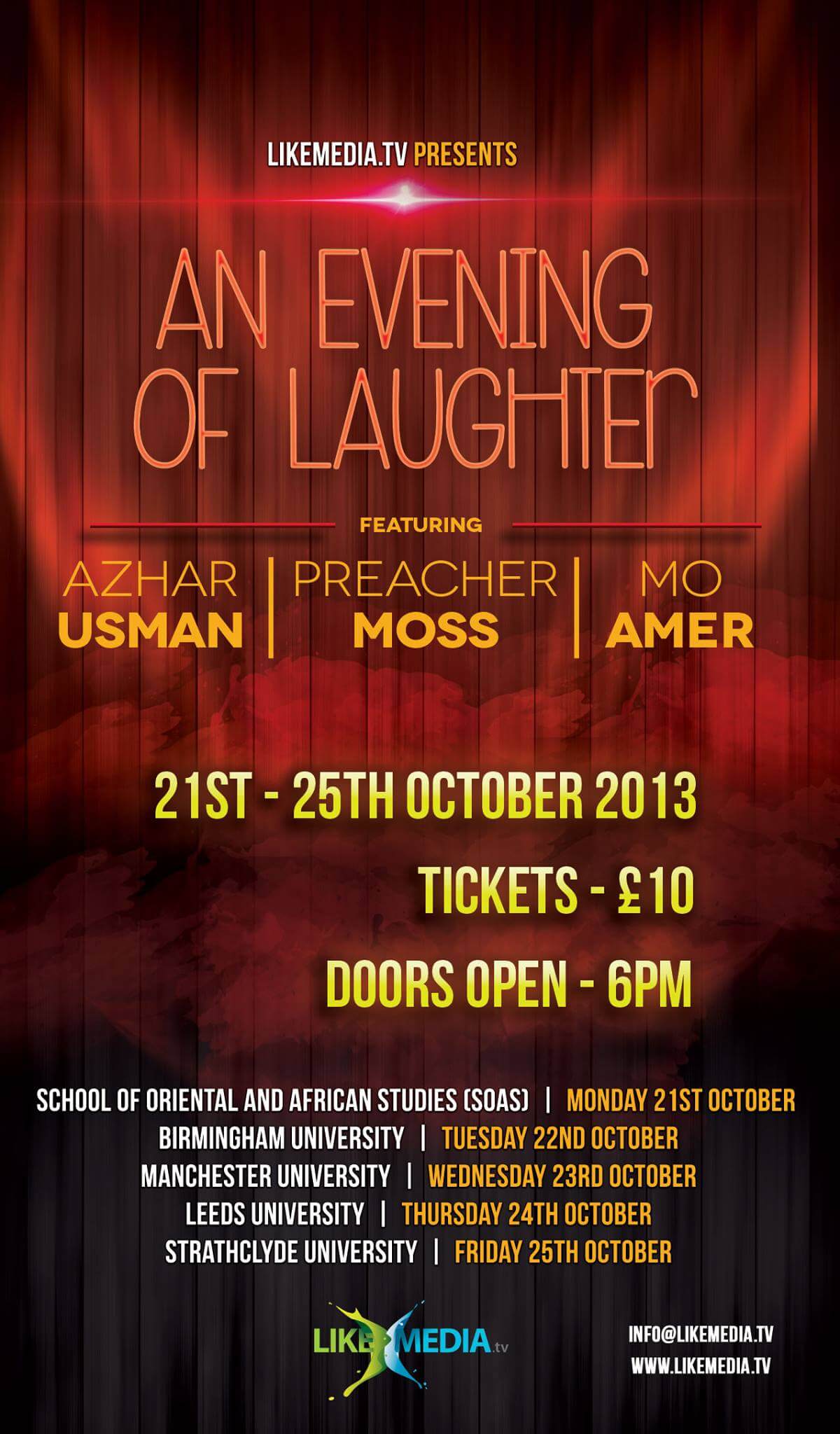 AN EVENING OF LAUGHTER