Mufti Ismail Musa Menk was born in Harare, Zimbabwe. He was tutored by his father who is a well known scholar and Da’ee. He completed his hifz and recitation courses at an early age and learnt the Arabic and Urdu languages whilst studying Shariah under his father. At the same time he attended St John’s College in Harare where he completed his secondary secular education. He then attained a degree in Shariah from the University of Madinah and later specialised at Darul Uloom Kantharia in Gujarat.

He is a broad minded, motivational speaker who has won the hearts of many. He teaches at the Darul Ilm in Harare and finds the time to attend many international religious conferences, seminars etc. He is an active member os the Majlisul Ulama Zimbabwe and heads it’s Iftaa Department. He is also one of the Imaams at the Arcadia Masjid in Harare. 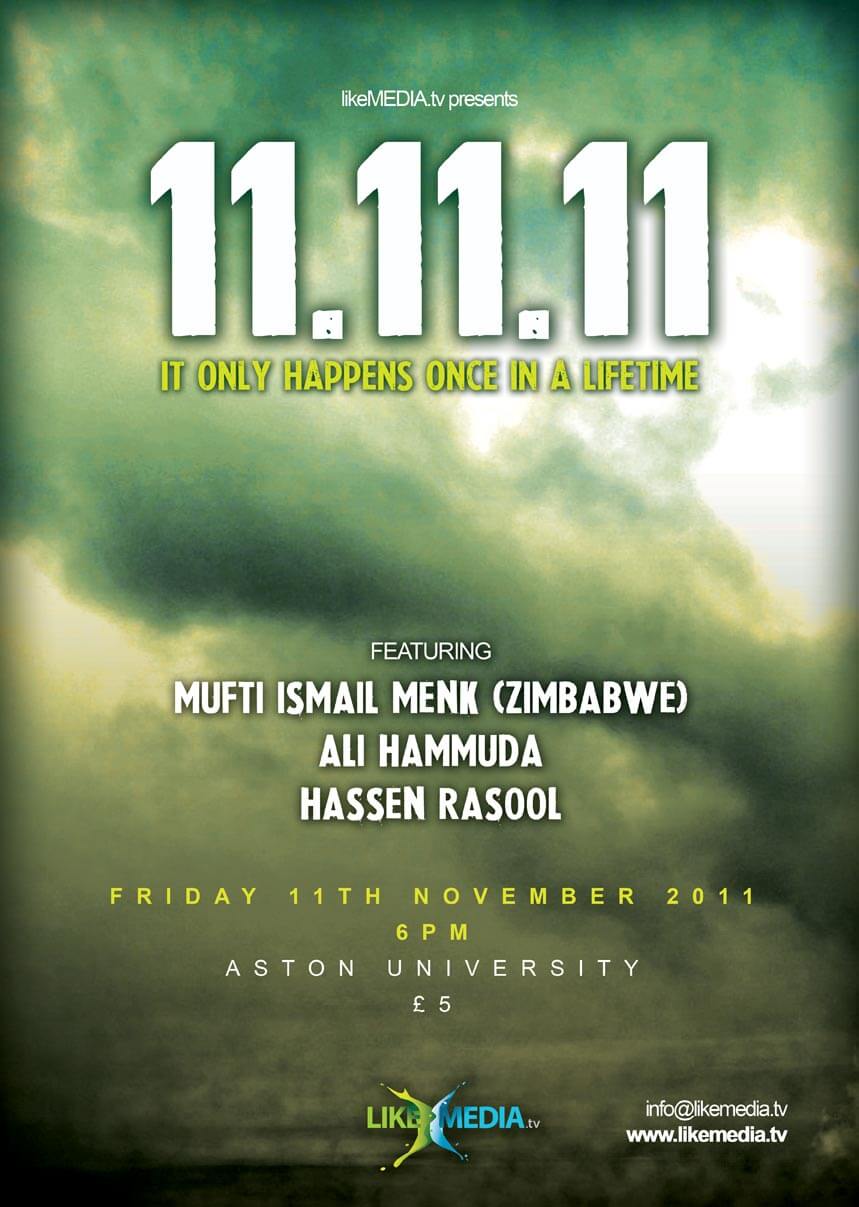